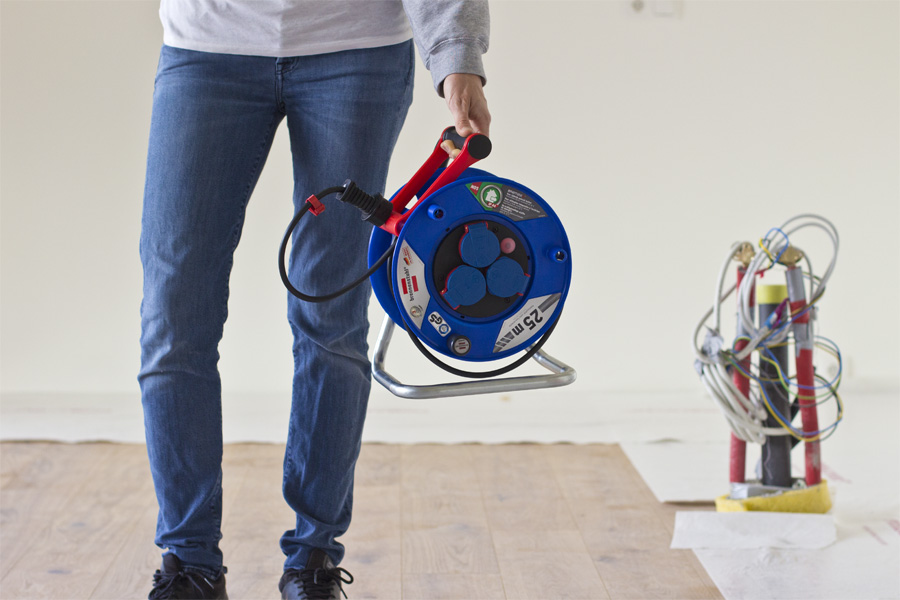 Today, our guest author Sarah Halbeisen, a DIY blogger from Austria who likes crafting in her spare time, reports on why she loves our plug storage so much and what is important to her when buying a cable reel.

You don’t know what a plug storage is either? Then for you it is like how it was for Sarah before she used one of our Garant cable reels…

“There are things in life that you buy only once.” My dad taught me that at an early age. “If you decide wisely in this regard and look after the products, you can enjoy them for a lifetime,” he then added, meaning primarily furniture and tools. Now that I am building up my own equipment, I hear his voice loud and clear and it has a heavy influence on my decisions.

However, this mantra also means that I go through an excessive process before each purchase: I do research, ask acquaintances and experts and look at the products in real life. That’s just how it was when I recently wanted to get myself a cable reel to do work in my new flat.

When someone gives somewhat greater attention to cable reels, they quickly realise that not all cable reels are the same. I come here as a layperson thinking that I would simply like to use my electric device slightly further away from the socket. I perhaps also consider whether a 25 m long cable will suffice or whether I should, in fact, opt for the 50 m cable reel to be on the safe side.

But this is where the important decision-making process begins:

Let us assume we have chosen the right cable reel – whether by chance, due to good advice or thanks to research on the internet. We already have it set up at home. It is only now that we notice the many additional features that distinguish a sophisticated cable reel from a normal one. There are a few practical extra elements that do not show themselves until the reel is used and they then prove to be particularly useful.

For example, with the brennenstuhl® Garant cable reel, I quickly realised: someone really came up with something there! As soon as you unpack it, you realise that the handle lies well in your hand, the cable reel has a stable stance and the cable can be rolled out easily. However, that is nothing where you would think: wow, that’s brilliant! You should actually be able to expect such a thing and it should only catch your attention if you have previously had to do with second-class products – or simply picked up every reel at the DIY store.

Also, you become aware of the splash guard (a folding lid over the three connectors) only when you are dependent on it when using the cable reel outside or in a wet environment.

But what I particularly love – and what I also tell my friends and family about – is the plug storage. “Plug what?!” they then ask me. Plug storage! However, you become aware of it only if you notice the two holes in the cable route and then research what that is.

The two small holes in the cable reel’s red hanging handle are there to store the connector when the cable reel is not in use. No annoying dangling around, no unintended unreeling, no storage problem. As a person who likes things to be tidy, I loved this sophisticated concept.

But not just that my cable reel now has this, but also that someone evidently gave serious thought to the use of the cable reel. 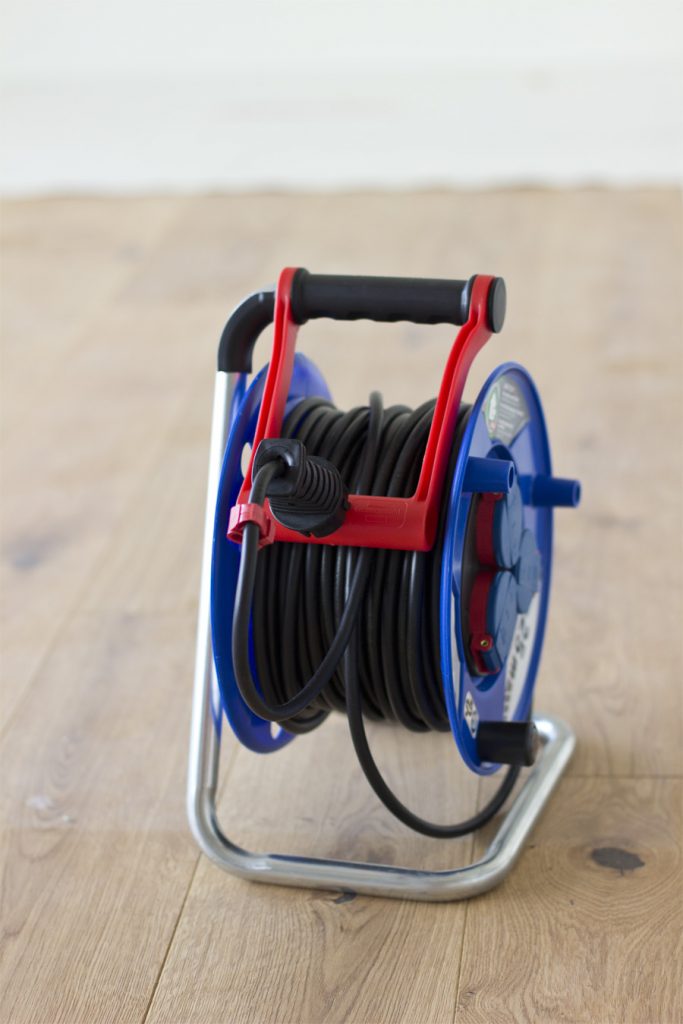 There is one thing I found out in my research: spending some time analysing cable reels is worth it. No wonder that the brennenstuhl® Garant leads the way in the lists of the best cable reels.

However, you have to have experienced the products in use in order to recognise the differences.

When I used it, the product then completely convinced me. However, I now wonder all the time what other feature my cable reel has that I perhaps know nothing about yet?! Whether I like it or not, I will come across it only when I use the cable reel further. I’m already looking forward to it!